Jase, being the king of maps, found our hotel in Athens quite quickly after jumping off the bus. Our stay in Athens was going to be short but sweet so once we put our things down and had a much needed shower, we headed out to walk around for the late afternoon/early evening.

Athens is a city largely made from sandstone blocks and large grand architecture. There were some nearby protesters we quickly side stepped – we had been advised not to hang around large groups of people at that time.

We found a well rated Trip Advisor restaurant called Avacado, a place I want to clone! Everything about it was awesome. Friendly service, vegetarian meals delicious enough for any meat eater to thoroughly enjoy and modern decor (no cliche hippie fit-out here!) I couldn’t recommend it more highly, having had the edamame bean inspired dish and fresh vegetable sushi. After dinner we went back to our hotel to do some skyping and internetting until about midnight.

With one full day ahead of us, I set out early the next day to get my hair fixed. The hotel’s concierge set me onto the best hairdresser in the city who made it more natural, saving it from my previous canary yellow Lisa Simpson look! I met up with Jase at the hotel around midday and we set off towards the city centre. 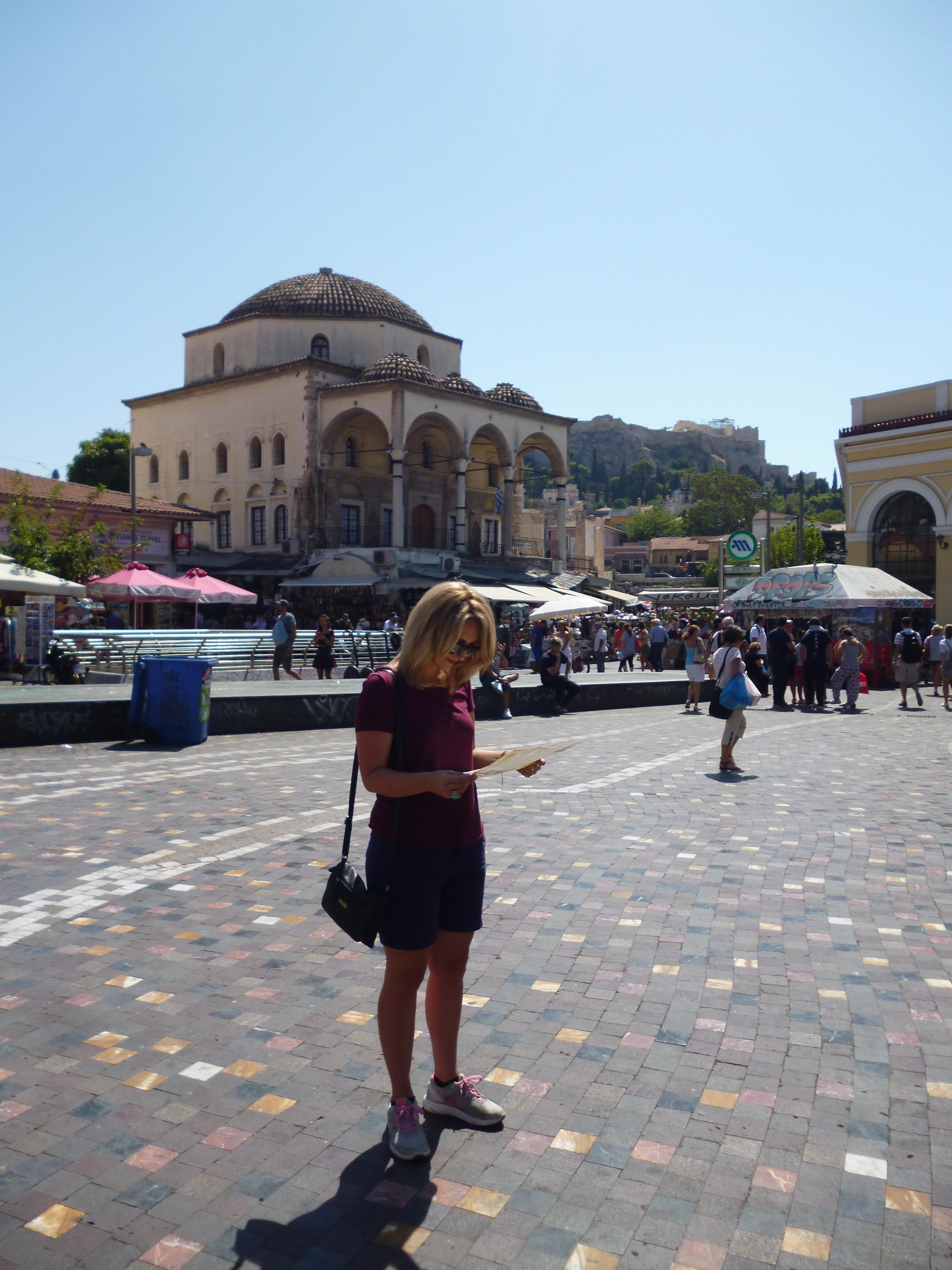 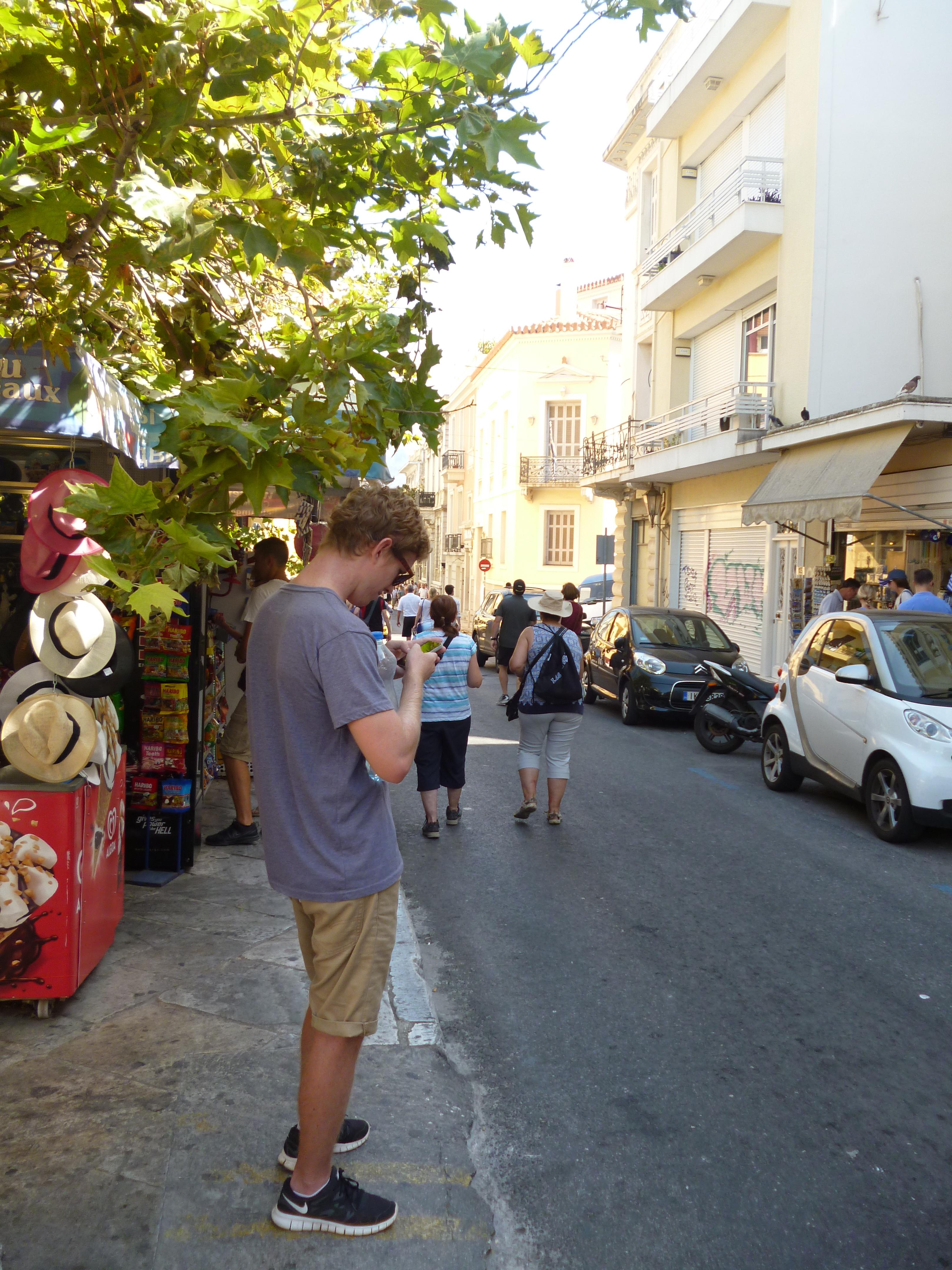 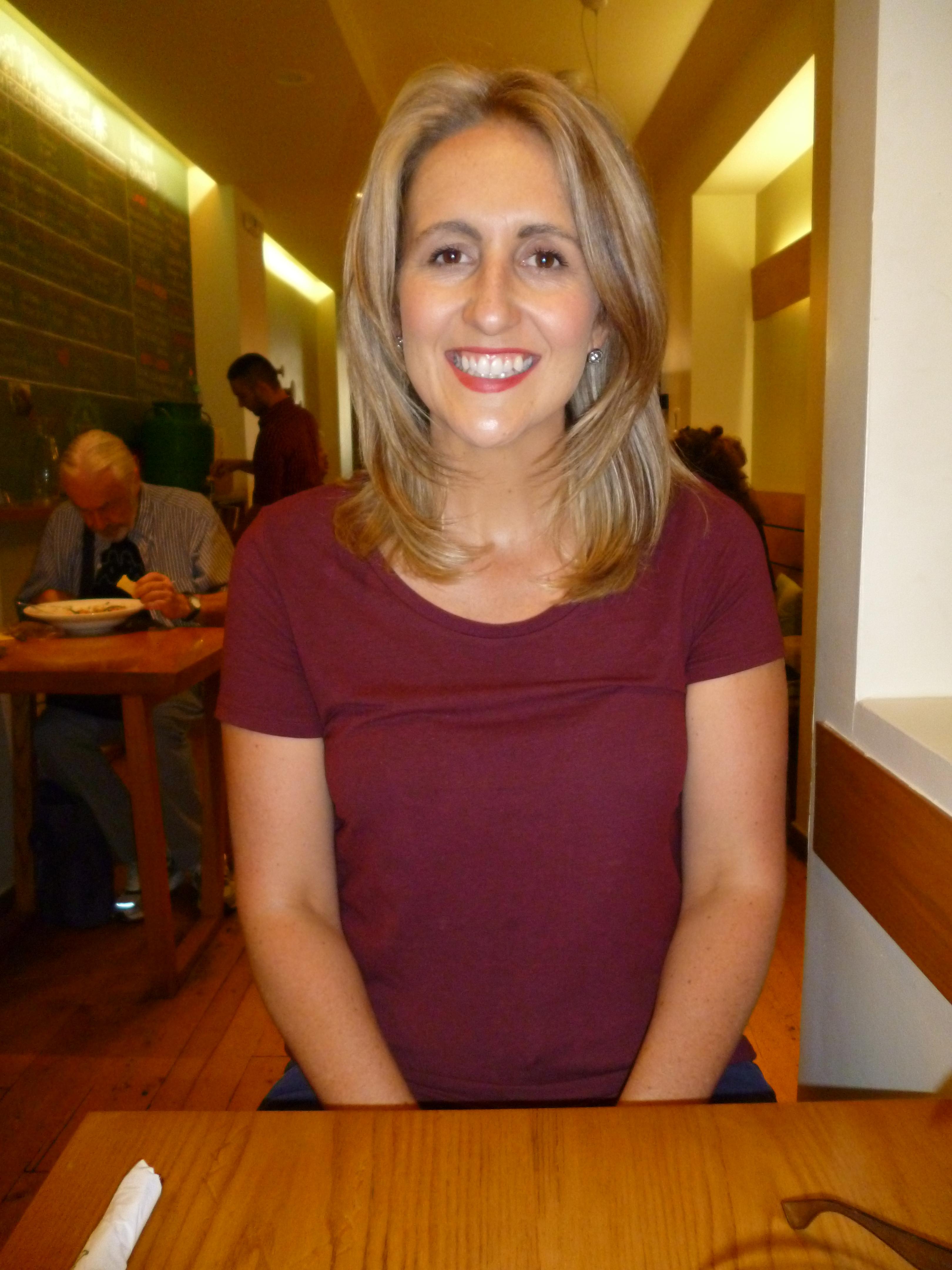 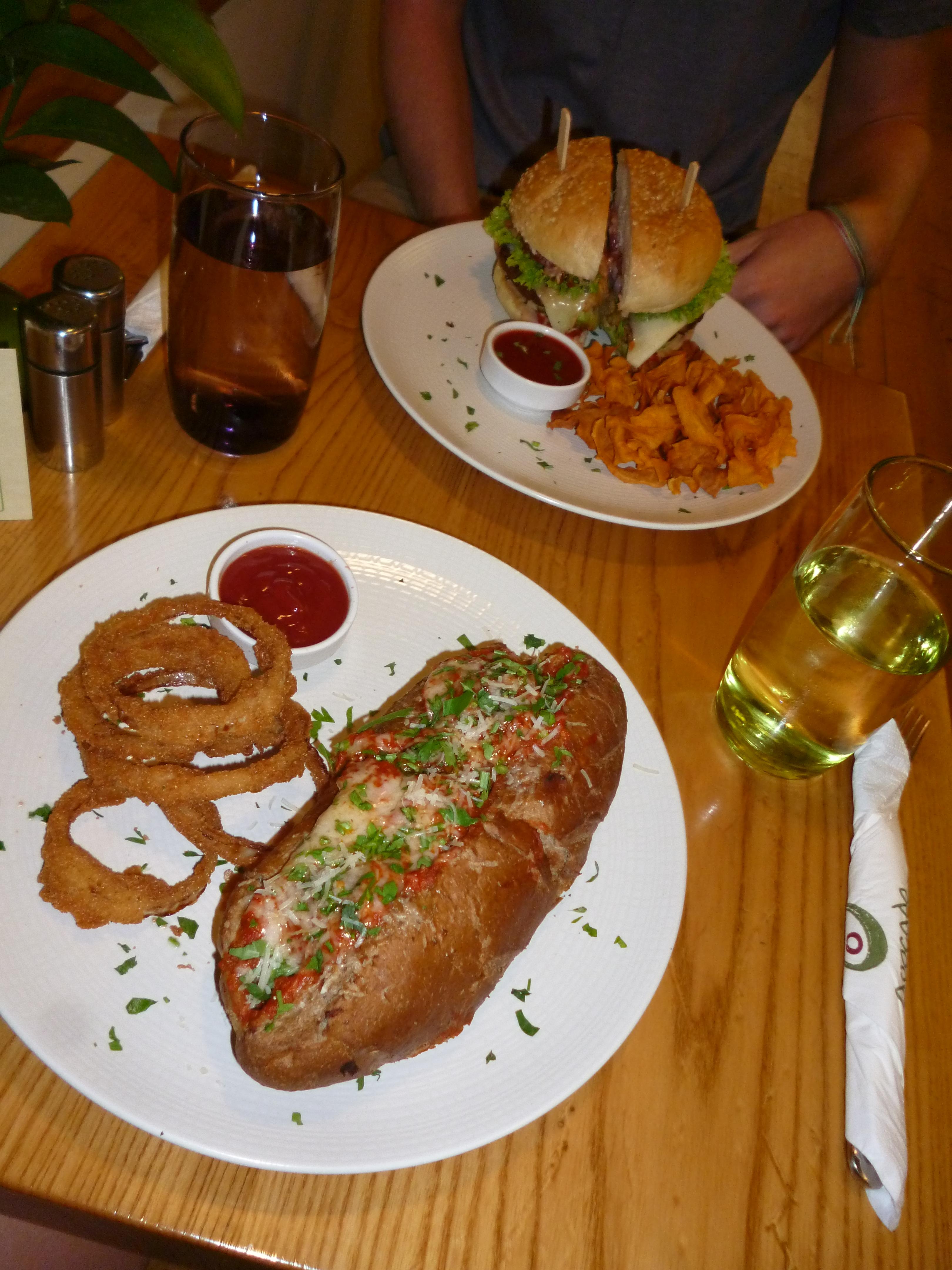 We started off by having lunch at Avacado again – this time we had burgers and a vegetarian hotdog (way more delicious than it sounds! We were so full from this we went to lie down in the park until we could get up and move again. 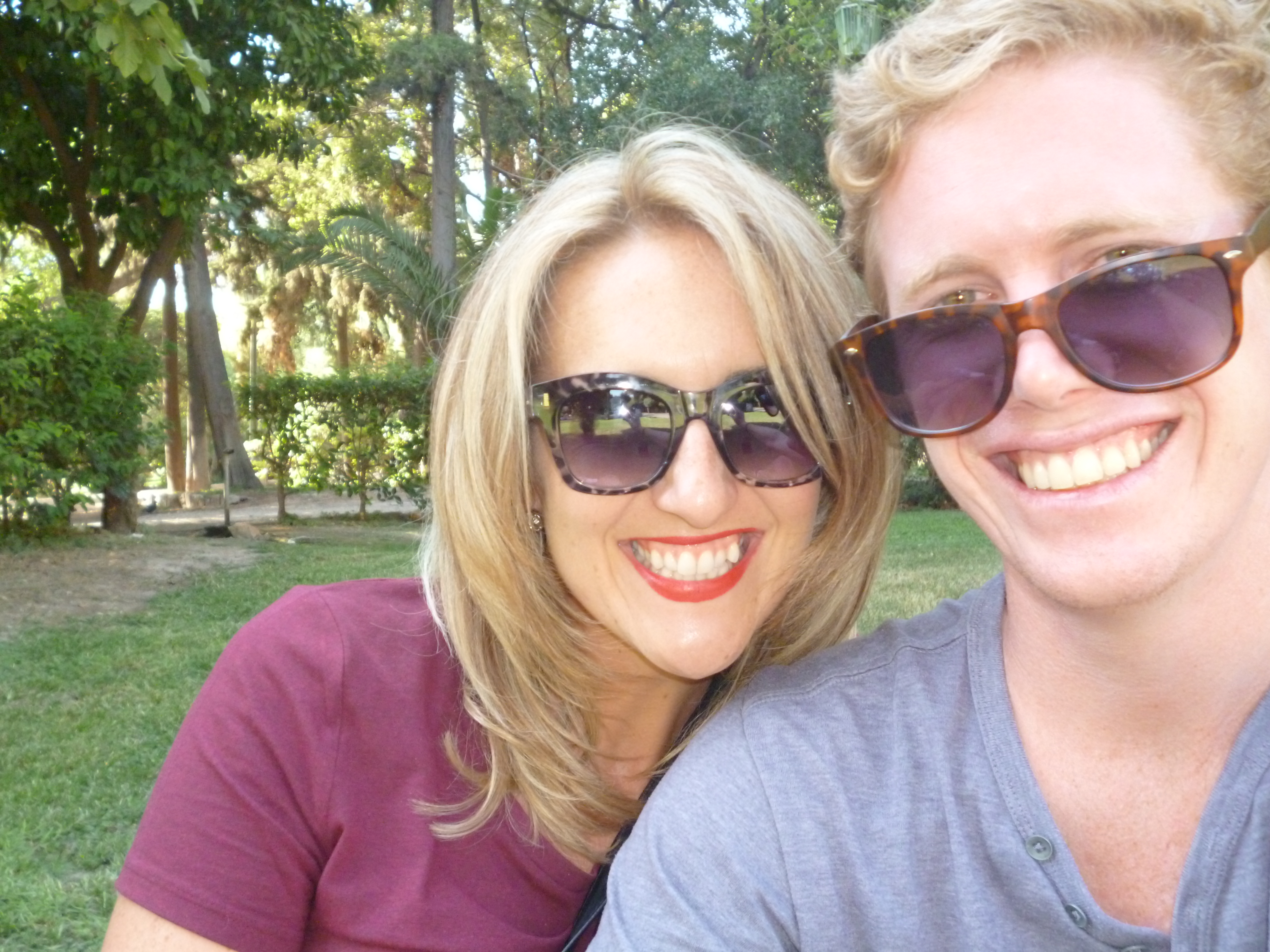 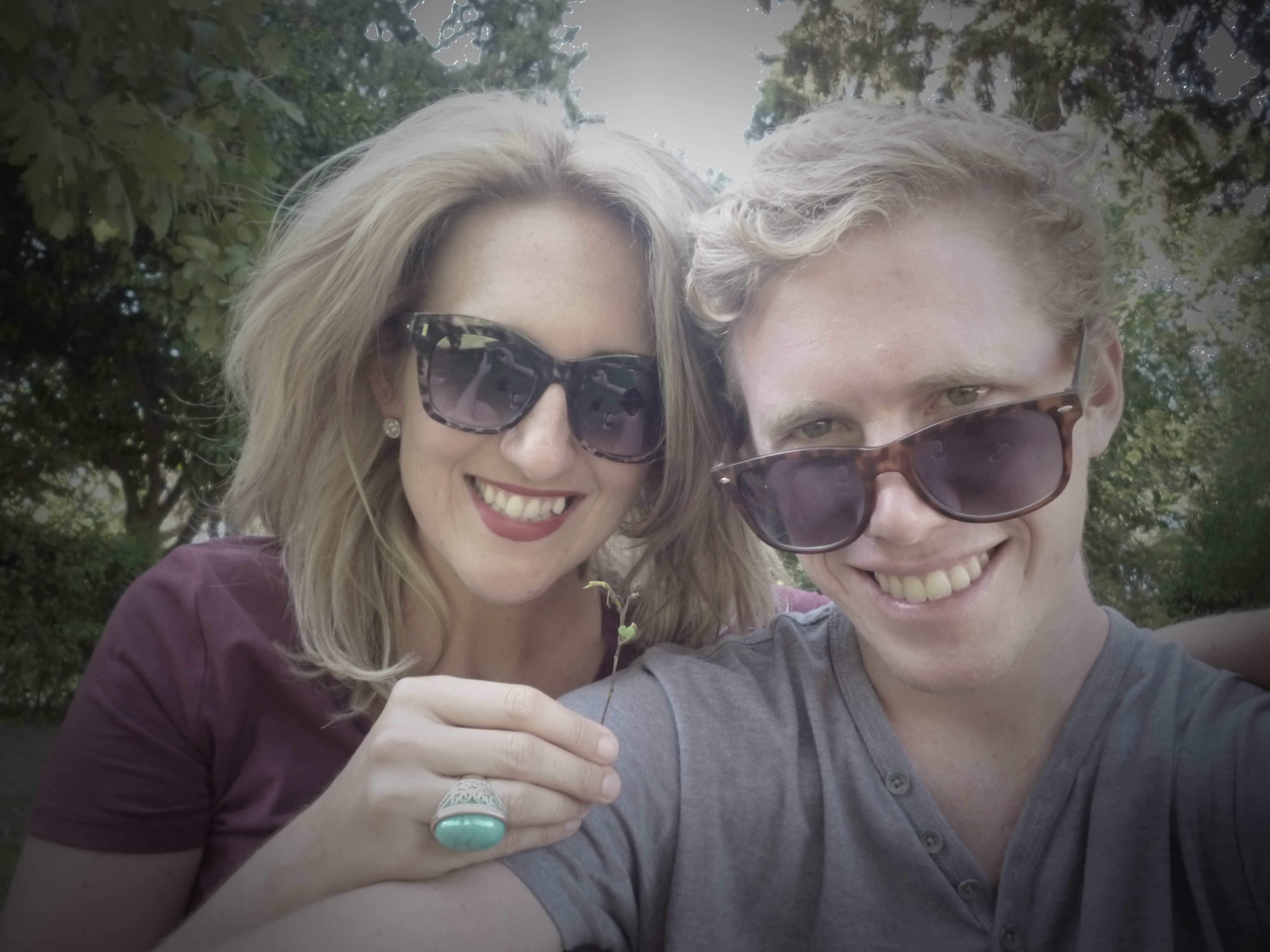 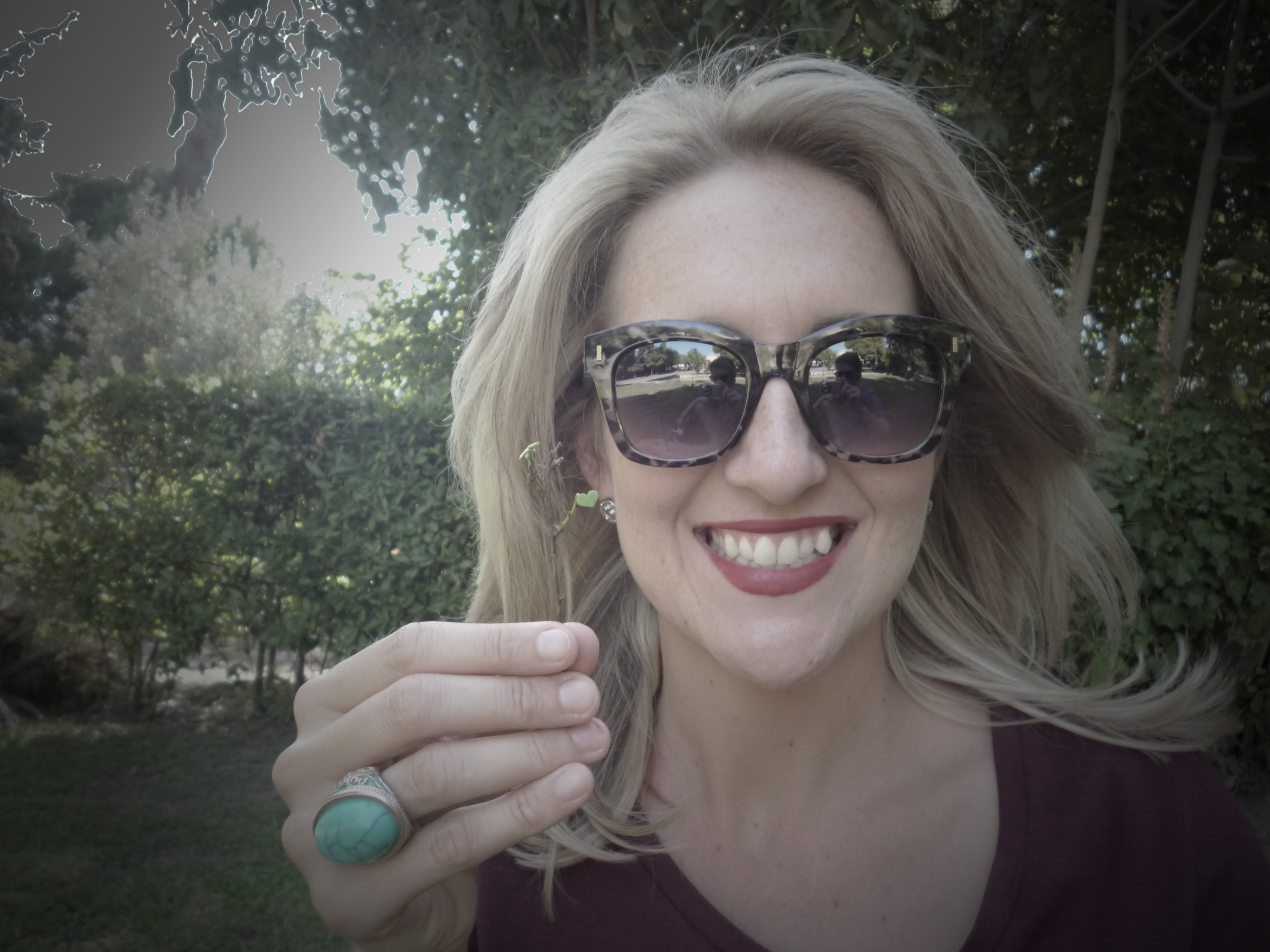 We eventually walked over to the Temple of Olympian Zeus. 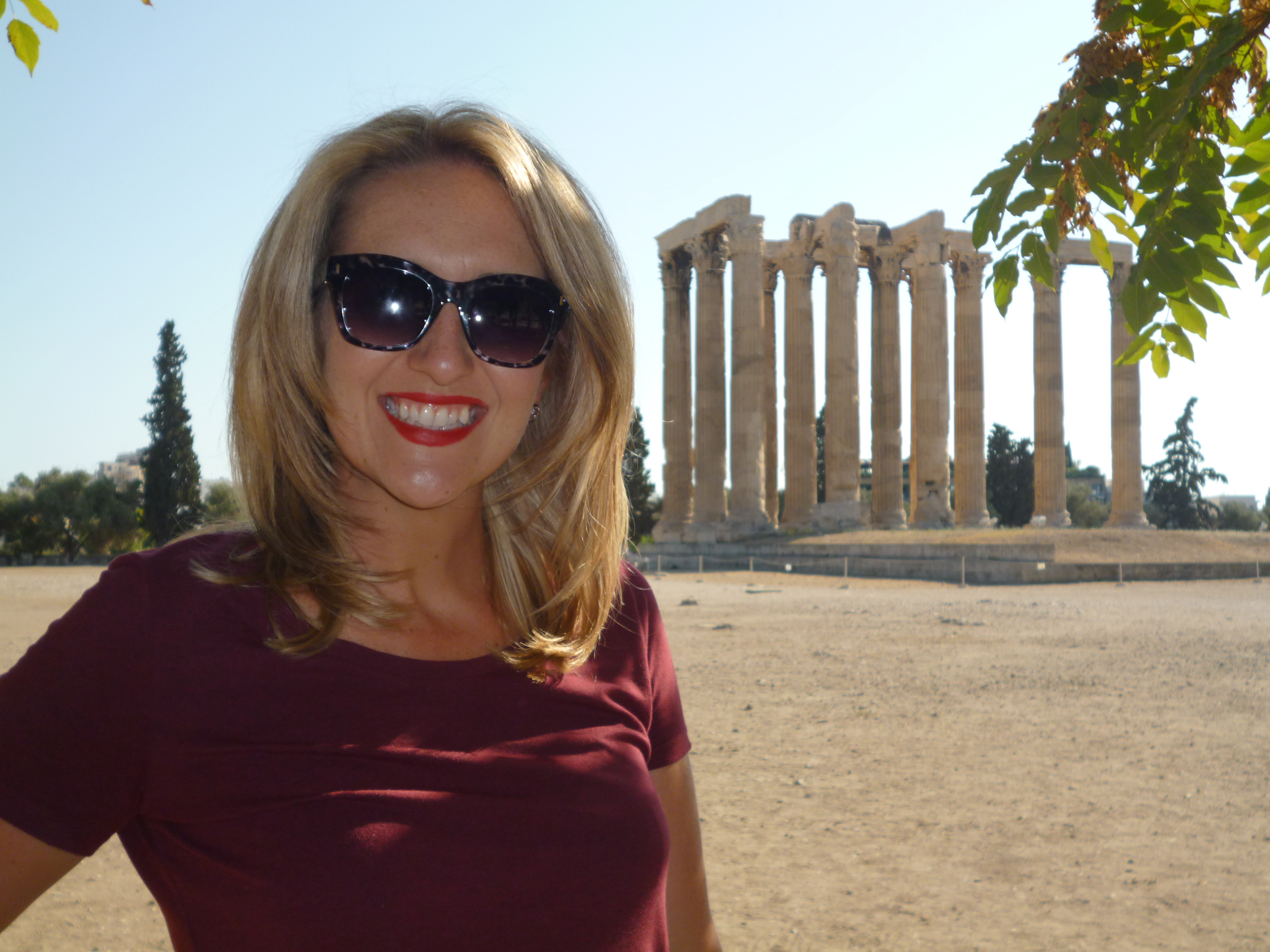 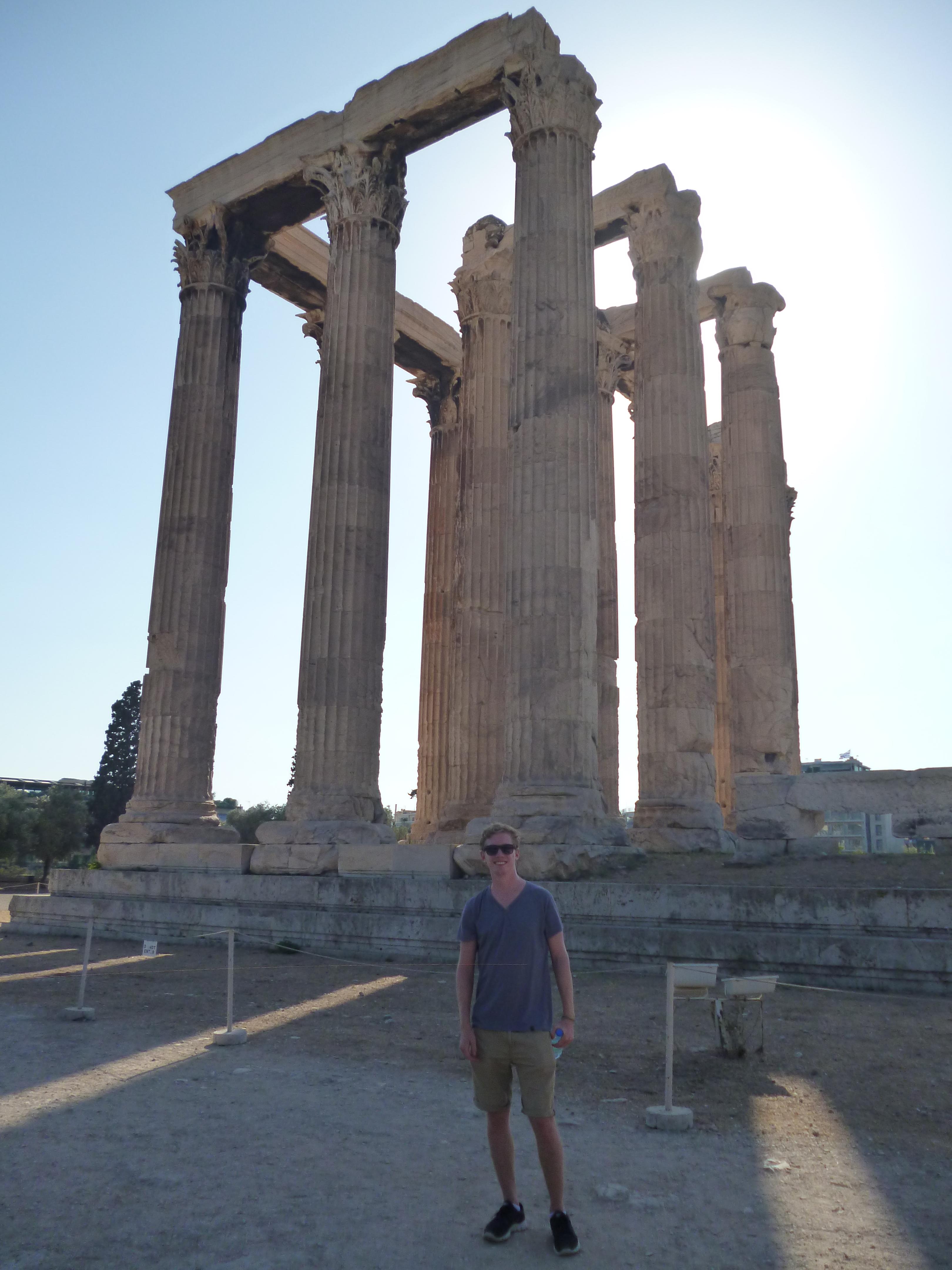 In the afternoon we headed to the Acropolis and the Theatre of Dionysus to watch the sun go down. 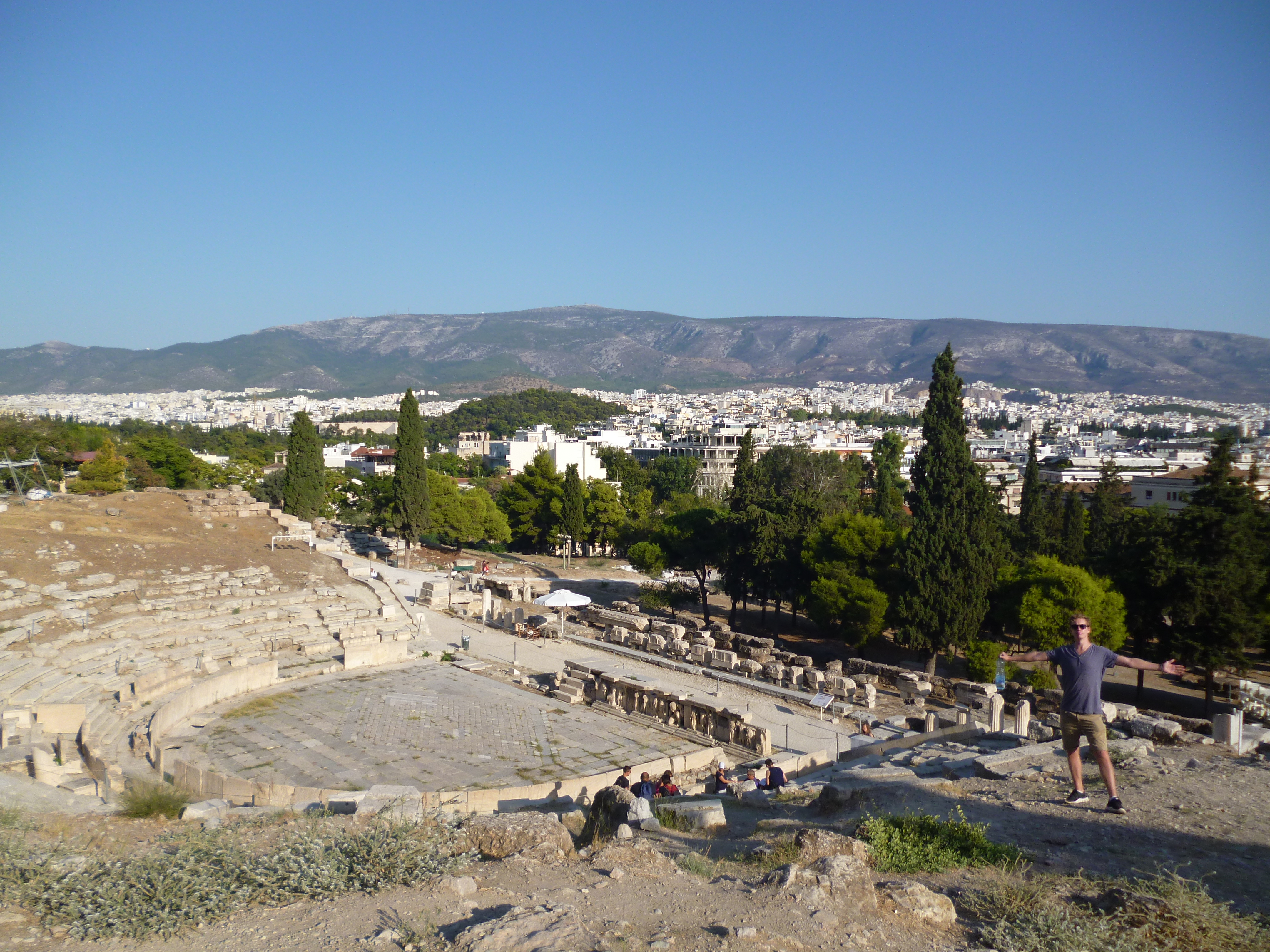 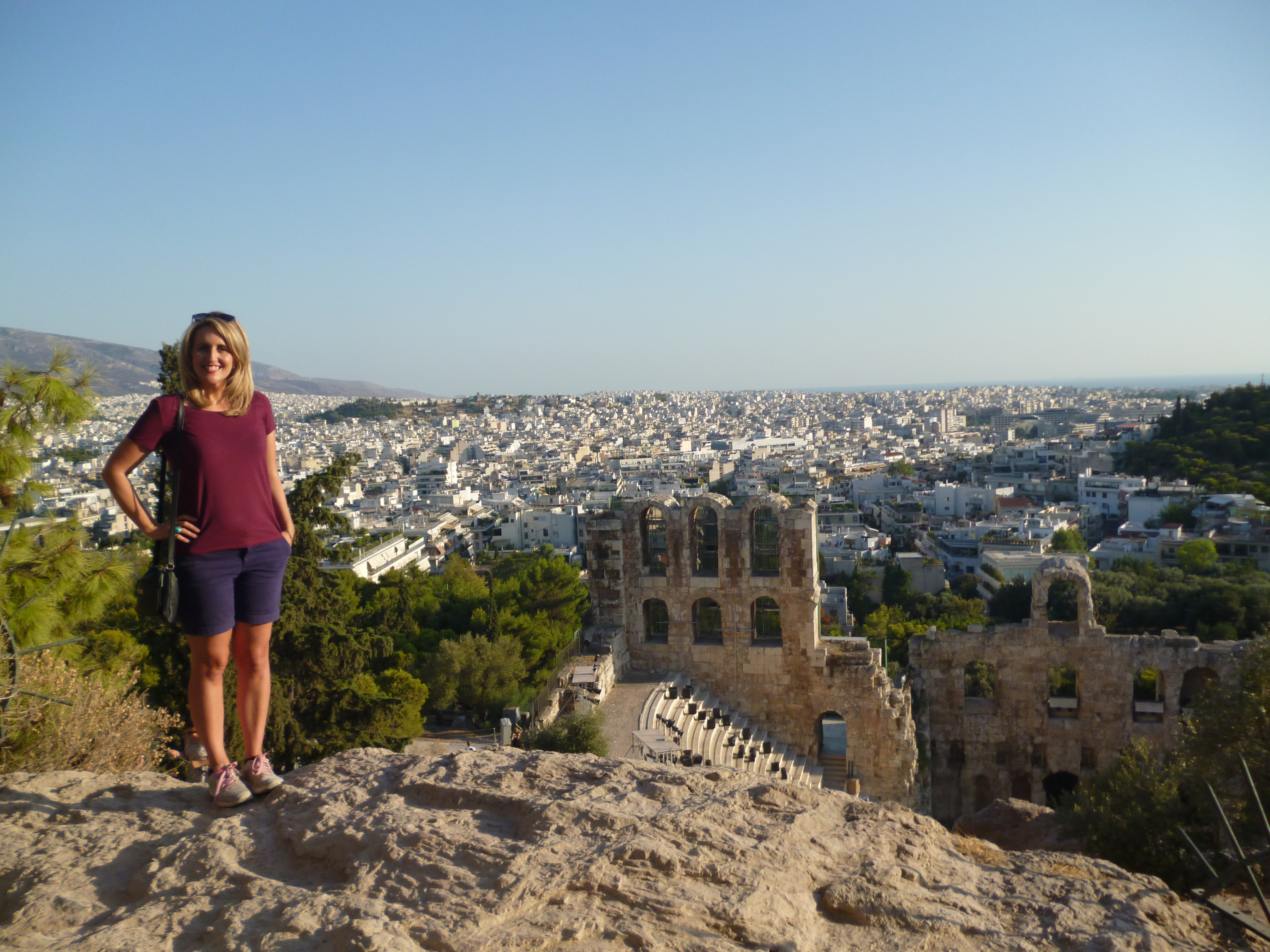 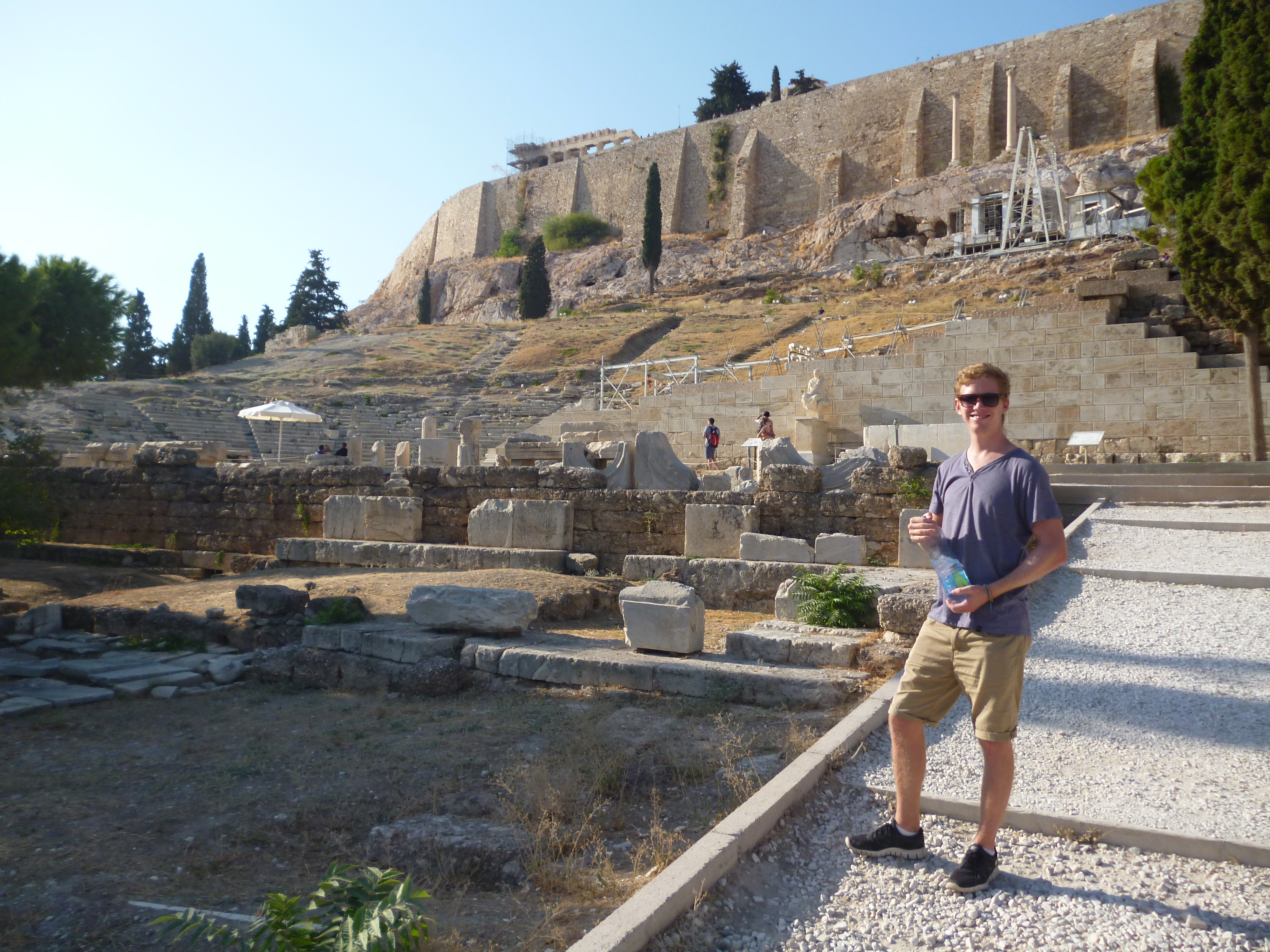 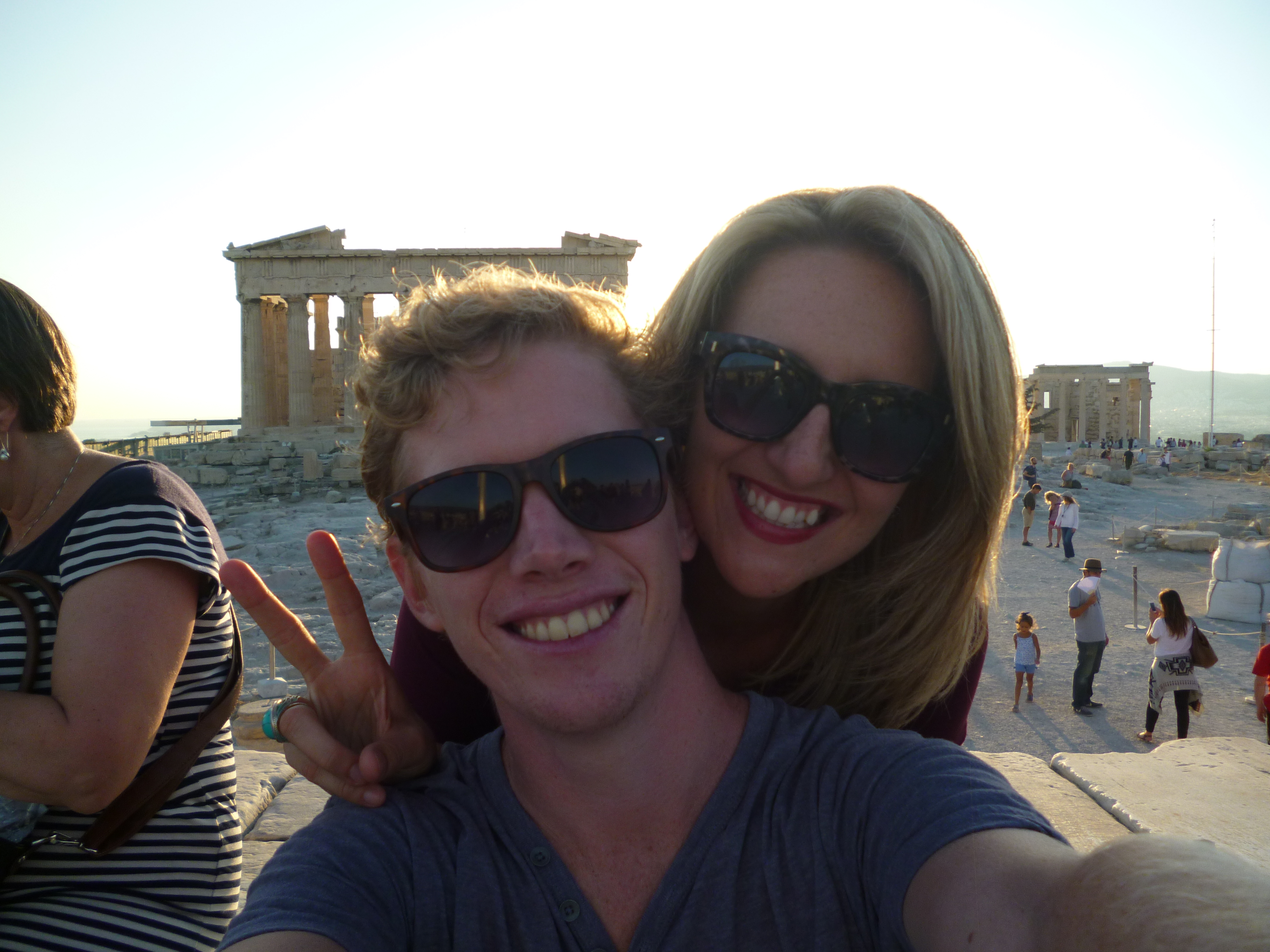 After enjoying a beer at a nearby rooftop bar, we strolled towards our hotel through the cobble stone alley ways with scattered fairy lights. We sat down at a restaurant which we started to suspect were one of those restaurants who engage in a bit of monkey business i.e. trap tourists with additional charges for things they never order. As it turns out there would have been a 4 euro restaurant ‘entry fee’, plus 3 euro for tap water, more for the bread they put down without asking and a separate charge for the olives accompanying the unwanted bread! Feeling pleased with ourselves we escaped being ripped off before ordering, we went to another nearby restaurant and enjoyed a really nice meal for about a third of the price! Altogether, Athens had some nice food, nice weather and interesting historical sites.

The next day we flew to Sharm El Sheik in South Sinai in Egypt.

One thought on “Athens, Greece – The Acropolis!”